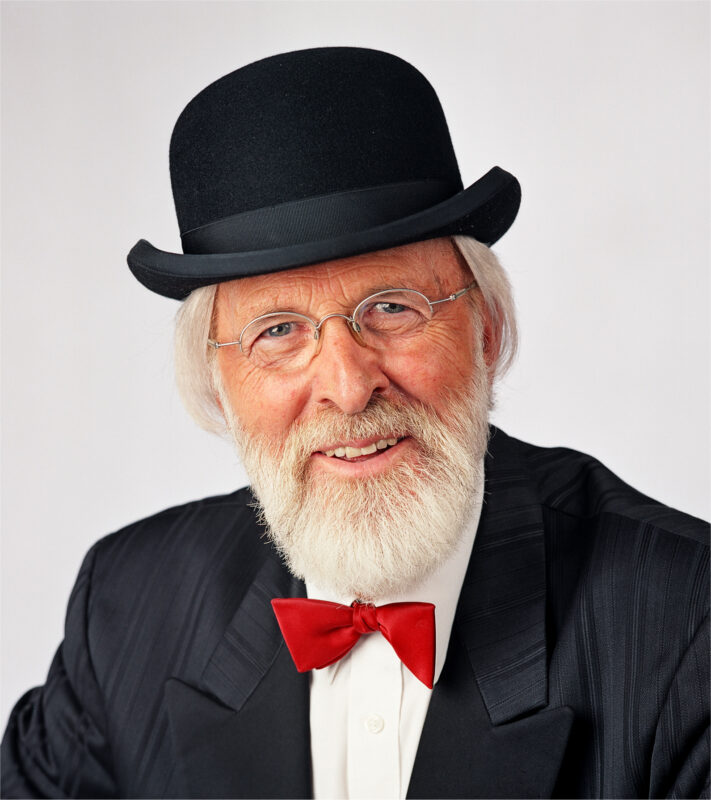 The multitalented Pierre Kartner, mainly known under his stage name Vader Abraham, was a Dutch composer, singer-songwriter and producer. The first sign of his artistic ambitions were shown at the age of eight, when he was chosen no. 1 in a radio song contest. His first instrument was the guitar. Soon, he also fluently played the piano and bassfidle.

As a composer and lyricist, Pierre has created numerous golden hit records for many Dutch and internationally known top artists such as Peter Alexander (Germany), Nana Mouskouri, Joe Dassin, Mireille Mathieu (France), The Fureys (Ireland), Engelbert Humperdinck (UK), Audrey Landers (USA), André Rieu (Netherlands), Ireen Sheer (Germany), Demis Roussos (Greece) and many others. He had the great ability to link up catching melodies with subjects in lyrics that are liked by people from every age group.

In the 70’s, Pierre wrote and composed the evergreen song ‘‘t Kleine Café Aan De Haven’, a song that has been released in multiple languages and has been covered over 450 times. The success of ‘The Smurf Song’, written, composed and performed by Vader Abraham, sparked a smurf-record craze that soon swept the entire world, resulting in over 25 million records sold worldwide and multiple number one positions in various countries around the world.